Just this past weekend I competed at my third fatbike race ever and first one this year which was race #4 in the 45NRTH Ontario Fat Bike Series p/b Cycle Solutions called Fat Bracebridge.  The nice thing about this race was that it was in my hometown and was hosted on the trails at Fat-Bikes Canada which I have ridden numerous times. The race started with a 2.5km time trial with riders leaving every 30 seconds.  I am not sure exactly what my starting position was, but I was roughly the 15th rider to leave, and I was just one rider behind Brian.  I had a pretty good start to the time trial although I forgot to start my Garmin and didn’t realize until I was about 700 meters into the race which was when I started it.  The first kilometer of the race went pretty smooth as the first 700 metres were essentially all downhill and the next 300 metres were relatively flat.  After the first kilometer, there was a short climb and the only way to get up was to run since it was all ripped up by the previous riders who had to run as well and it was here where my running training and flat pedals paid off.  I was able to efficiently dismount and run up the hill wearing my winter boots and eventually passed the rider who started ahead of me just before the top since he was stuck trying to get clipped into his pedals.  There was about 50 meters of flat at the top and then the course went down the other side of the hill.  After that, the rest of the course was essentially flat and  I maintained the gap I created on the person I passed earlier using him as a gauge of how well I was doing.  Although, 100 meters before the finish, I was struggling through the deep snow and the guy I passed earlier passed me, but it didn’t really matter anyways.  In the end, I felt pretty good about my time trial and managed to finish 10th overall in the time trial 1:50 behind the winner and surprisingly 5 seconds behind Brian which placed me 2nd in the under 20 age group. After the time trial was the 20 km race (it ended up being 13km).  I got a position in the 2nd row at the start which helped a lot since I was 5th into the trails.  Upon entering the trails, two people went down in the loose snow and I managed to pass them which put me in 3rd (technically 1st since I was doing the shorter race and the people ahead of me were in the longer race).  I stayed in this position for about 5 minutes then I quickly realized that I went out to hard and had to slow down if I didn’t want to burnout.  Gradually over the race people passed me while I went at a steady pace.  In the end, the race went really good, except for the fact that I overdressed and didn’t have any water to drink.  I managed to get 6th place overall in the shorter race, 1st in the under 20 age group and for the FIRST TIME EVER beat Brian who unfortunately dropped out half way through. This was probably one of the hardest races I have ever done, but also one of the most fun.

The Bracebridge Fat Bike race was one I was really looking forward. Due to it being very a familar with the race course. I was excited for my first bike race of the 2016 race season. The race was the series finale of the 2016 Ontario Fat Bike Series and was a two stage race with a short 2.5km Time Trial in the morning followed by either a 20km or 40km mass start race on a 4.5km lap. I placed 8th overall in the Time Trial and wasn’t really too happy with result after putting out a very hard effort on very familiar trails. It wasn’t until halfway through the first lap of the 20km mass start race that I realized I was running too high a pressure in my tires. Since it was a rental bike that I picked up in the morning and picked the wrong pressure for my tires for the conditions. I changed my tire pressure but ended up not finishing the mass start race after experince some pain in my hip Time Trial Results – https://www.webscorer.com/racedetails?raceid=63203 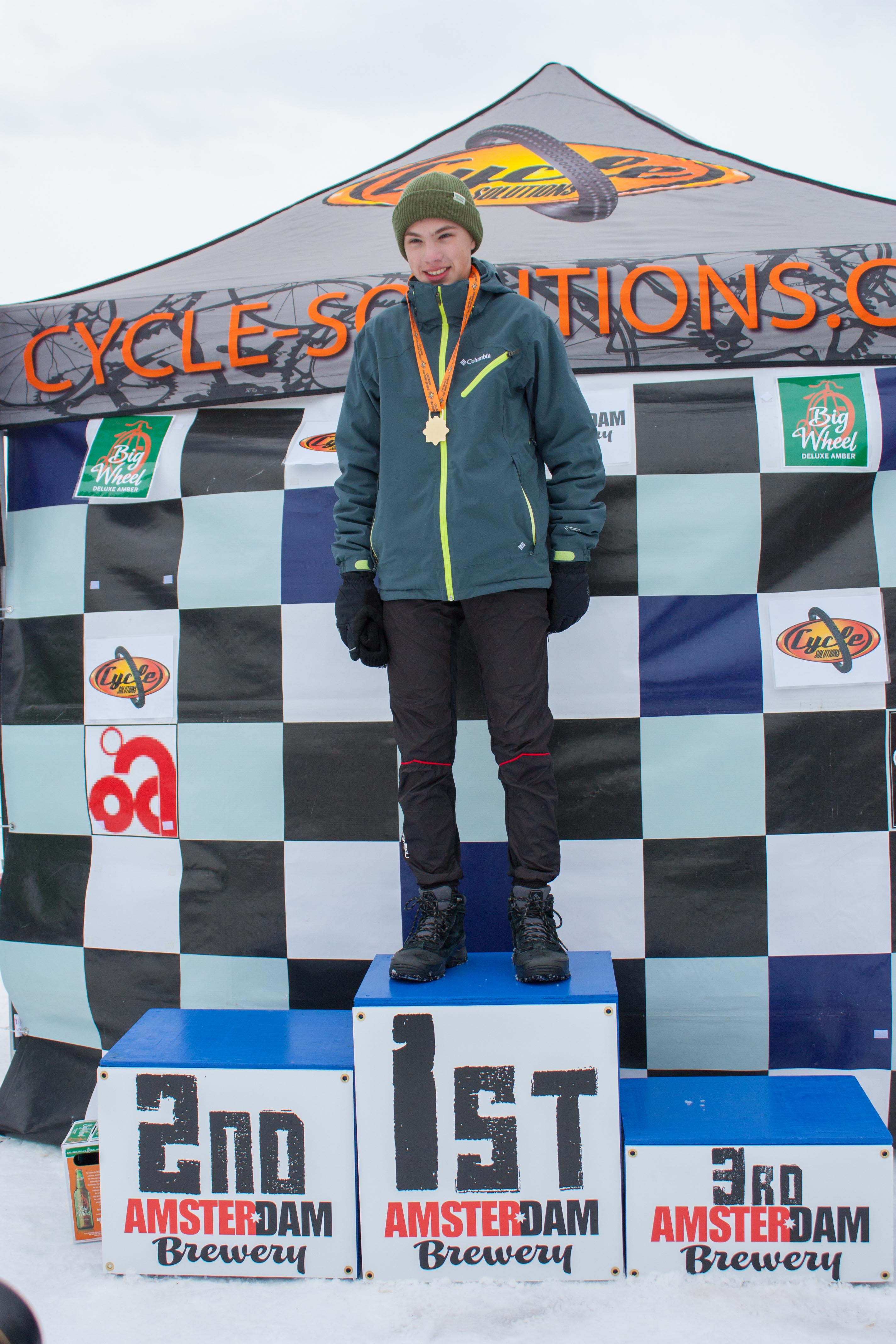