The Du the Double Duathlon weekend was my first race of the year. During the past six months I have been training on and off.and have been trying to recover from multiple overuse injuries. I got a bike fit in June and I have been working on fixing muscle imbalances through exercise.

International Duathlon Provincials (Saturday, July 16th) 13th Overall – 2:08:41.4
Since this was my first race of the season, I was very unsure how I would perform going into the race. I set different goals for the weekend. For the International Duathlon, I primarily wanted to secure a World Championship spot and I raced a little bit more cautiously. I also chose not to ride on my Time Trial bike since I was having problems with my TT bike prior to the race and I also knew that past the 10km mark the course would start to get a bit rougher. Unfortunately, I.missed a World Championship spot by 1:00 min.

Run 1 – 36:00
The 10km run started out fast and I surprised myself by feeling really strong. I ran behind Matt Stratman and the hilly course was hard on my legs. However, I completed it in 36:00 minutes, which was a 10km PB.

Bike – 1:05:50
The bike traditionally has been where I have been able to gap my competition and then try to hold on during the second run. But with using my road bike, I was not able to hold the average that I wanted to of at least 39km/h. I still felt strong climbing but lost a lot of time on the open flat sections of the course.

Run 2 – 25:31
I went out with some cramping in my legs and somehow missed the turnaround and went about 200m past the turnaround. In the end, I placed 13th overall and 1st in U19.

Sprint Duathlon (Sunday, July 17th) 3rd Overall- 1:00:59.1
After the International Duathlon, I was a little sore but was excited and felt confident that I could get a podium result. My goal for the first 5kms was to keep the leaders in sight and then chase them down on the bike and, on a bike gap, hold on during the last run. I also decided to use my Time Trial bike for this race since I was ok with taking the risk of a mechanical with less at stake.

Run 1 – 17:41
I went out with Larry Bradley and stayed behind him for most of the opening 5kms. I felt strong throughout the run and didn’t go too hard like in the International Duathlon and came in a little under my usual 5km pace of low 17:00s.

Bike – 31:54
I went out on a 40km average but slipped a little bit near the turnaround and finished with a 38km’h average. I felt better on my Time Trial bike but still didn’t have the fitness on the bike that allowed me to win both Provincial Duathlon Races in 2015.

Run 2 – 9:56
I finished the second run feeling strong and was not able to close the gap to second or first. I placed 3rd overall and 1st in U19. 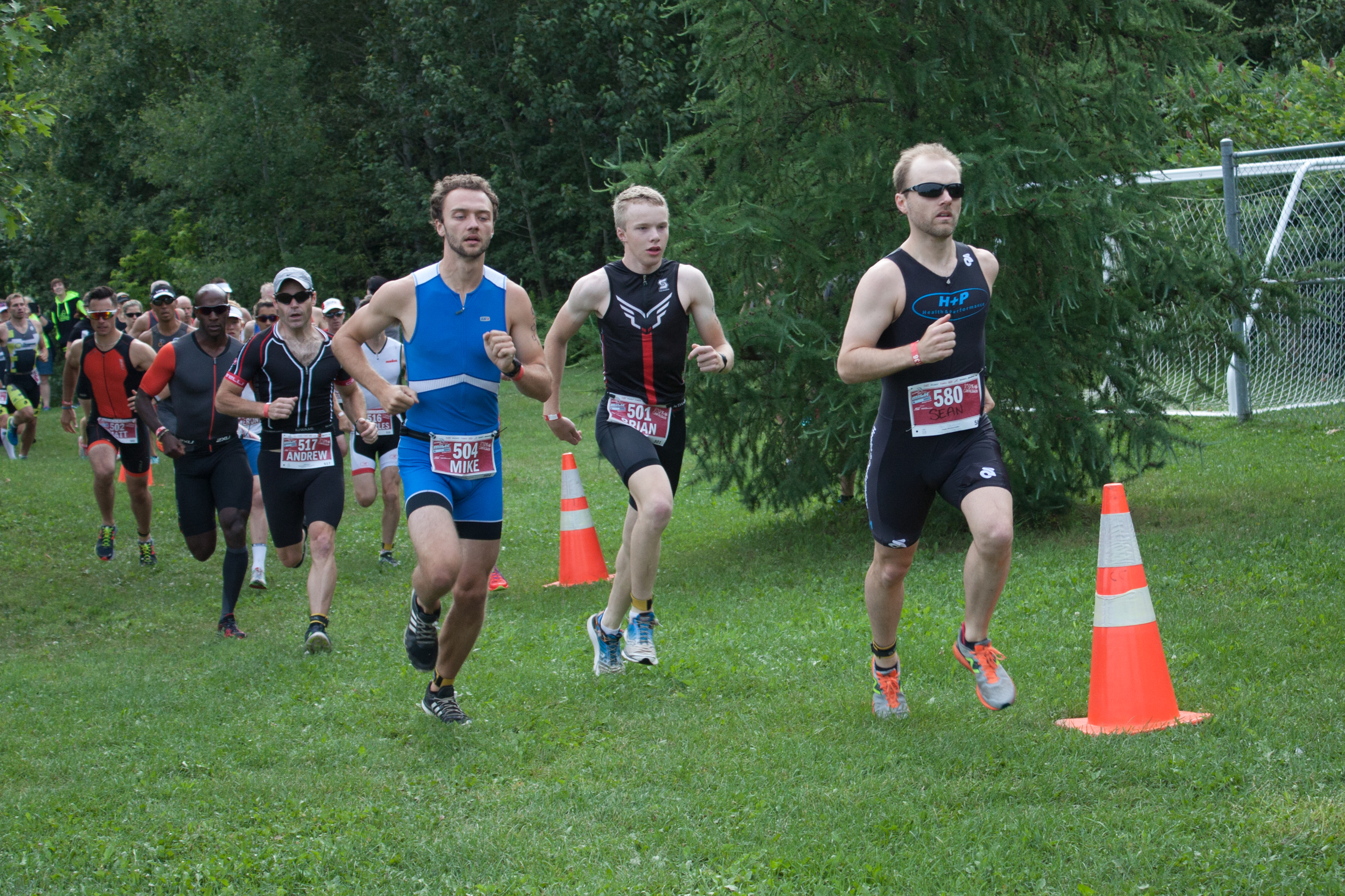